At Marston Thorold's CE Primary School, we actively promote the British Values in the following ways:

All children are encouraged to debate topics of interest, express their views and make a meaningful contribution to the running of the school on matters that directly involve pupils and their community. The principle of democracy is explored in the curriculum as well as during collective worship and special days. Our pupils have had active involvement in the selection processes of new staff.

Children have many opportunities for their voices to be heard. We have a School Council which meets regularly. Each year group has its own representative on the School Council, voted for by every child in their year, in elections. The School Council itself adheres to democratic processes.  School also take part in National Parliament Week and visit the Houses of Parliament in Key Stage Two.

School rules and expectations are clear, fair and regularly promoted. Children learn respect and appreciation for different rules – in a sports lesson, for example, or in religious education when rules for particular faiths are thought about.

Pupils are always helped to distinguish right from wrong, in the classroom, during collective worship and on the playground. Pupils are encouraged to respect the law and we enjoy visits from authorities such as the Police and Fire Service to help reinforce this message.  Children are given responsibility to take on roles such as the Mini Police.

The Behaviour and Anti-Bullying policies set out a zero tolerance baseline for any form of aggression, abuse or violence, which extends to pupils, staff and parents and carers.

The importance of Laws, whether they be those that govern the class, the school, or the country, are consistently reinforced throughout regular collective worship, as well as when dealing with behaviour and through collective worship. Pupils are taught the value and reasons behind laws, that they govern and protect us, the responsibilities that this involves and the consequences when laws are broken.

Within school, pupils are actively encouraged, and given the freedom to make choices, knowing that they are in a safe and supportive environment, for example, choosing their curriculum enrichment clubs, choices about what learning challenge or activity they undertake. choices about how they record their learning. Pupils are supported to develop their self-knowledge, self-esteem and self-confidence. They are also encouraged to take responsibility for their behaviour and our pastoral support reinforces the importance of making the right choices.

Pupils are encouraged to know, understand and exercise their rights and personal freedoms and are advised how to exercise these safely, for example through our e-safety teaching and Personal, Social, Health and Economic (PSHE) Education lessons. Vulnerable pupils are protected and stereotypes challenged.  A strong anti-bullying culture is embedded in the school and any form of bullying is challenged and addressed.

Pupils have key roles and responsibilities in school, for example, register monitors.

Mutual Respect and Tolerance of those with Difference Faiths and Beliefs

Our pupils know and understand that it is expected that respect is shown to everyone, adults and children, and that their behaviour has an impact on their own rights and those of others. The close friendships across all years at our school is a reflection of this.

Staff and pupils are encouraged to challenge prejudicial or discriminatory behaviour.

Through the PSHE and Religious Education curriculum, pupils are encouraged to discuss and respect differences between people, such as differences of faith, ethnicity, disability, gender or sexuality and differences of family situations thereby acquiring an understanding of, and respect for, their own and other cultures and ways of life.

We offer a diverse curriculum which offers children the chance to reflect on our Christian values and British values. 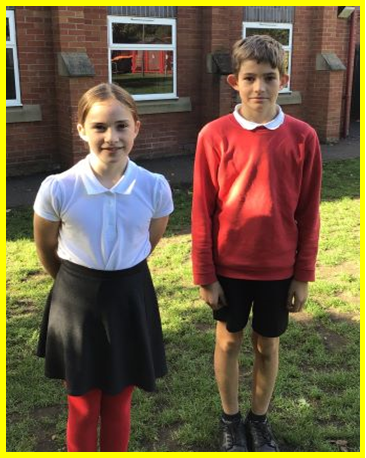 The school held elections to find the 2022-2023 Head Boy and Head Girl in September 2022. The Year 6 candidates gave their speeches in a special assembly in front of the whole school in order to gain votes.  Children and staff placed their vote in a ballot box, voting for 1 Head Girl and 1 Head Boy. The votes were collected, counted and the results were announced: